The Following is From Wikipedia

…And the First of its Rebels

Episode 1 – Birth of the Cinema

By March 17 as part of team 2, I will have learned how to use a microphone and other sound equipment effectively to be able to have high-quality production sound for the session 6 projects.

Leader(s) in the Field / Exemplary Work(s)

Ben Burtt was a sound designer for Star Wars. He describes the three main jobs that work with audio, the production recorder, sound editor, and sound mixer. He talks about how he would do some of all three of the jobs that each role is supposed to do. He said that he’d gather the sound effects right after getting the script for the movie.

Ways of Living in the World (Life & Career)

Reactions to the Final Version

The goal for this session was to make a 2 or less minute film that is dialogue-based and uses ADR (Automated Dialogue Recording).  As the cinematographer, I had to use camera movement in order to raise or lower tension.

For this session, I will learn how to control camera movement in order to help tell a story. This goal will be met when camera movement in common film is easily recognizable to me. I will obtain the skills required to meet this goal by watching the videos linked in the film resources section of the schedule. I’m setting this goal now because it is the most recent requirement in our film session. This goal should be completed two weeks from now, which should be enough time to research and test this goal.

Leader(s) in the Field / Exemplary Work(s)

John Alcott was a cinematographer for Stanley Kubrick. Throughout The Shining, Alcott does a great job of showing much of the hotel in his shots even when the focus is on the characters and what they’re doing/saying.

The speaker talks about how Kubrick used a steady and low to the ground camera to create the feeling that something is watching. I think this is a very interesting way of raising tension with only the camera. The speaker states that it’s almost as if the hotel itself is watching them, which fits perfectly with the story and really builds the suspense that the viewers of the film feel.

Since we did not have a stabilizer, some of the moving shots I got were too shaky to use. To fix this, I decided to change the shot to a static shot so you could still tell what was going on and it’s not too shaky to understand.

Our film required a lot of communication and collaboration because we filmed outside of school, so we had to communicate things like where and when to film.

Before the filming process, I researched the different types of camera movements and what they mean. I also looked up an analysis video of the cinematography of The Shining.

Ways of Living in the World (Life & Career)

How this session contributes to the ways of living in the world is that it required me to stay on task and fix problems with out of the box solutions. I also had to create a presentation that was efficient and professional

Reactions to the Final Version

When reviewed by a peer cinematographer, Laari, she said that she “liked the camera movement, especially when it was used to reveal things that were previously out of frame”. Additionally, a professional, Sam, stated hat “Push ins showed dramatic intensity that added to the tension of the film”. However, he did state that “vertical pans felt a little choppy/shaky”. Overall, it seems that the camera movement was solid, but the vertical pans can be improved. Next time, I will use a tripod for the vertical pans, instead of doing them by hand.

Our film this session had about four of the six success acronym. Our film was had an unexpected twist at the end and it told a story. It also had a fairly simple and emotional plot.

In this session, I’ve learned how to use camera movement and zooms in order to raise intensity in a scene. One problem we had in our film is that we used a dog like a wolf, but the dog did not follow directions too well. To solve this problem, we only had one shot of the dog used.

Our goal was to make a silent film that was no more than 2 minutes long. As the director, I had to control movement and blocking in order to tell the story without dialogue.

During this session, we mainly worked on communication and collaboration. We had one actor who wasn’t in our class so we needed to line up ou film schedules during the week of production in order to be able to film outside of school.

A fellow director, Cassy stated that she thought that “not only did the shots look satisfying, but [she] liked the very well planned blocking” and that “they each had a meaningful message”. One of the members of the professional’s board, James stated that “first scene blocking worked to communicate secret of the wedding ring”. Overall, it seemed that the blocking worked throughout the film, but specifically in the first scene.

I learned how to block actors effectively and how to move characters in order to tell a story. One of the problems I solved is finding times where our actors were available because one of them wasn’t in our class so we couldn’t film during school.

Our goal was to make a one minute film, with me, the editor specifically having to use a J cut, organization of video files, and a rhythm to the edits.

The editor reviewing our film stated “Good flow and was smoothly done”. A peer editor, (who didn’t review the final cut) stated “Noticed ripples and audio that were obviously not intentional.”. The issues stated however, were fixed in the final cut.

This film had some of the criteria of the success acronym, but some weren’t. The film was kind of simple, but was a bit confusing in the execution. The film did portray different emotions through the characters. The ending was fairly expected as the money was shown in the beginning of the film. The film was concrete because an argument about money is a relatively easy concept to grasp.

I learned the basics of Premiere Pro and editing, including natural cuts and things like a J cut. We had a problem where two scenes that had a question and answer were supposed to be in the same shot, but the camera and the actor were moved slightly between scenes. This was solved by putting and insert shot between the question shot and the answer shot in order to cover up the camera and actor’s movement. 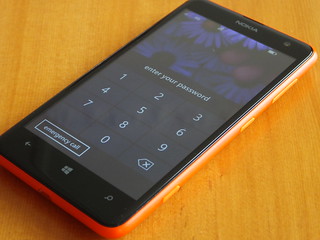 Our goal was to build and release tension in a comedic way. We had three weeks to create a one minute film, which required intentional focus and intentional lighting from the cinematographer, which was my role.

Our film required a lot of communication and collaboration as we needed to stay on schedule, even when our sound designer was gone for a day. This also required problem solving. Our solution to this problem was to have our director hold the microphone for that day.

Our film had most of the success acronym. It had a simple plot of a guy being warned of his own death, the ending was unexpected as just before he dies it is revealed that it was just a joke, and the film was concrete because being warned of your death is an easy idea to grasp. The film also had emotions, shown through camera angles (close ups, medium shots etc.).

I learned that camera angles, focus, and lighting really help to show emotion and tell the story. A problem I had to solve was filming outside and making sure the film didn’t look extremely bright. I solved this by having the director use a light block to create a natural shadow which helped darken the scene.

We had three weeks to come up with, shoot, and edit a 1 minute or less video. I was the screenwriter, with a goal of creating a beginning middle and end to the film.

Our film process required a lot of communication and collaboration, because we had our director and cinematographer gone for many days during pre production and production. This also required problem solving, as we needed to get a fellow cinematographer to hold the camera one day during production.

Our film received a lot of critique. The panel came to a consensus that the film needed and ending after the punchline, and that there was too much buildup to the joke. Additionally, the panel stated that the story was too dialogue heavy and that more should have been shown through actions rather than speaking. However, a fellow screenwriter, Dylan said that he liked the idea of the entire story being a joke.

Our film had elements of everything in the success acronym, however it did not show any part of the acronym completely. While it is a simple plot, the film’s portrayal of the story was a bit confusing. there was an unexpected punchline at the end, however due to time we could not portray the punchline in an effective way, which confused some of the panel. The film was concrete, but had too much dialogue to effectively help the story. Marshmallows Image by John-Morgan at Flickr.com

RadioLab.org – Your Future in a Marshmallow

This American Life podcast Back to School